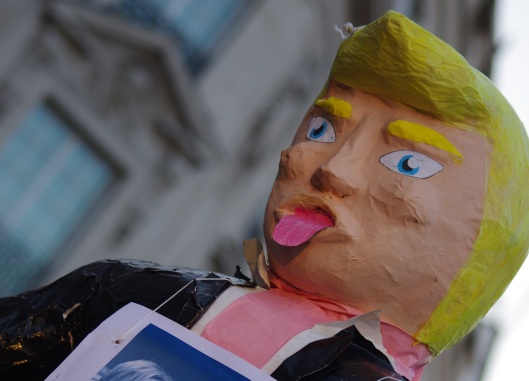 There’s been a post circulating through my echo chambers on Twitter and Facebook the last day or so enjoining readers to refer to President Trump by some sobriquet rather than his name. (In the interests of fairness, its text is reproduced as an illustration below.) I think this needs to be opposed.

I should make clear before doing so that I respect the source: the daughter of Martin Luther and Coretta Scott King would be worth listening to even if her mother’s words hadn’t been treated with such disrespect this week, along with the other brave woman persisting in being heard. There is much wisdom in what she says: I’m questioning its deployment by others as a deflection of outrage. It’s much too early to withdraw. 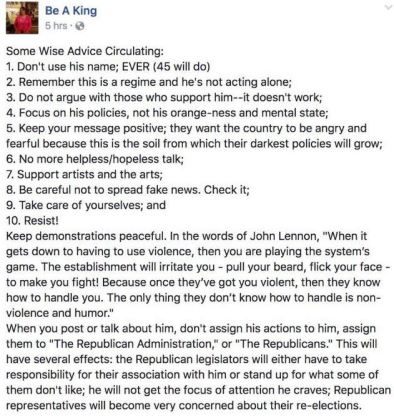 Firstly, the problem is his title. If Trump were in a post commensurate with his skills and aptitudes – say, Dogcatcher and part-time Village Idiot of Wherethefuck, Iowa (population 48) – he’d just be another of his voters, his misogyny and bad temper known only to an understanding television and a long-suffering dog. That he has the chance to shout his ignorance from the bully pulpit is exactly what’s so worrying rather than a side issue to be kicked into the long grass. The world must be acknowledged before it can be changed.

People hating Trump being President is feeding his ego because it makes him feel important. His desire to feel important is what has brought us here. I acknowledge there is a circularity here. It is hard to draw attention to an attention seeker without giving him attention. He thrives on attention whether good or bad, so on some level, opposing him makes him feel just as wonderful as congratulating him does.

But that’s no reason not to call him what he is. (And if the cost of calling him what he is, is making him feel a little bit more puffed up and preen his feathers, I can live with that).

Because the alternative is to imbue him with the magic of a taboo. He’s not Voldemort: he’s a dangerously unstable inadequate with the most powerful job in the world. If calling him President massages his ego a bit then at least his weirdly tiny hands are being kept away for a while from the big red button marked ‘Warning: ends all human life’.

Calling him ‘The Menace of 45’ (as I’ve seen a few times) is also lending his inarticulacy an all-American grandeur that he conspicuously lacks. ‘The Menace of 45’ sounds like a movie starring John Wayne. The kind of square-jawed, lean-eyed man who wants to make ‘Merica Great Agin’: whose flinty eyes stare down the threat from beneath a stetson.

President Donald Trump, by contrast, is an obnoxious and boorish oaf in a baseball cap whose expression of vacuous and malevolent narcissism is more reminiscent of someone attempting to hold in a really, really bad fart on a big phone call. Or, more charitably, the non-speaking role in that notable presidential movie, Bedtime for Bonzo. 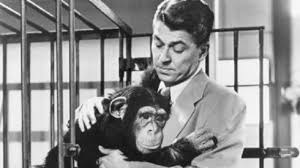 Much of the rest of the advice in the post is take-it-or-leave it. Emphasising that Trump is joined by a band of under qualified bigots and enabled by people so rapacious they make the velociraptors from Jurassic Park look like the cast of Fraggle Rock is good; more of that please. This disaster has been brought to you by a Republican Party which couldn’t scrape around the bottom of the barrel to find a better candidate: we should definitely keep reminding them that their spineless venality is part of the problem.

Absolutely do argue with those who support him, however. If we allow lies to go unchallenged we have lost. There’s no point checking your facts and then keeping them to yourself, nor is preaching to the choir likely to make much of a difference.

And as for remaining positive: if the news is bad, it’s bad. Commenting on the way the band is keeping time isn’t much use if the boat is sinking. Address yourself to change but let’s be clear: racists, bigots and idiots are taking the controls of the most powerful nation on earth. There isn’t a positive spin on that fact: the only way of finding a bright side begins with acknowledging what is the case. Anger and fear are bad, but power can be found in identifying what must be challenged, however depressing that is.

And by all means, support the arts: sensitivity, kindness and beauty are vital, as well as powerful forms of protest. The subaltern voice is never so audible as when it expresses through art what logic can only hint at.

And we’re all going to need a laugh, as well as reminders of what we’re fighting for. Many of the brightest moments at the march on 21 January were the witticisms. The Devil is a sourpuss: if you want to make him mad, laugh at him.

But use Trump’s name. In the interests of terminological exactitude, we need to be clear. A spade is a spade; a turd is a turd; and a turd is the President. Don’t let anyone forget that, because if we do we lose any chance of defeating him.